American photographer Max Hirshfeld delves deep into the visual memory of the Holocaust to share the story of his Polish parents’ enduring love in a time of war. 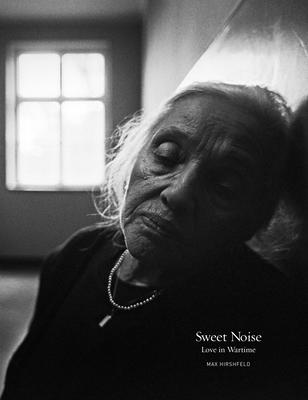 “[It] is two books in one, each different in tone and tenor, each offering an insight powerful and poignant, sad and sobering, yet full of love. One part is a book of letters, the other a narrative of a pilgrimage beautifully illustrated by a series of photographs taken by a man who so well understands the power of the visual.”

Max’s parents, Polish Jews who survived the Holocaust raised him in a small city in Alabama, where life in the South of the 1950s and 1960s was quiet and mostly idyllic. But lurking under the surface was a remarkable yet tension-filled history that fully revealed itself only after he had a family of his own. Max knew the outer perimeters of his parent’s story  the challenges of being Jewish in a place that increasingly alienated them, their individual trajectories as they moved through adulthood, and their chance meeting and secret romance in a Polish ghetto.

But it took a pilgrimage to Poland with his mother in 1993 (and the discovery of post-war letters between his parents) to more fully acquaint him with the depths of their tragedies and the exceptional love story that sustained them throughout separation until they were reunited in the USA in 1949.

This, his first book, contains previously unpublished material, though Max’s professional work has been widely published and exhibited in outlets from NY Times Magazine, Time, Vanity Fair, and Corcoran gallery among many others.