The first ever retrospective of the Polish-Jewish émigré who brought European modernist aesthetics to British graphic design. 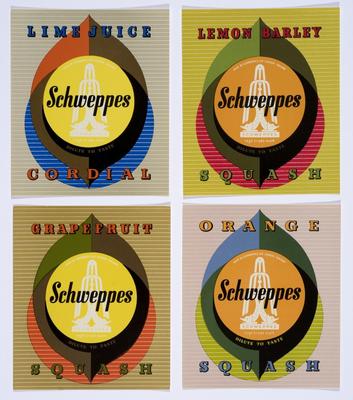 Spanning George Him’s long and versatile career as both an independent designer and as one half of the prolific Lewitt-Him partnership (1933-1954), the exhibition will include iconic wartime propaganda posters for the Ministries of Food and Information, corporate branding for El Al airlines and adverts for clients like Schweppes, Technicolor, the Post Office and The Times.

Him’s distinctive blend of hard modernist lines and empathetic humour marked his varied output, from reportage and book illustration to his era-defining branding and advertising. The exhibition will display previously unseen working sketches, original artwork and ephemera alongside Him’s most celebrated work, revealing one of the most important graphic artists of the 20th century.

This exhibition is part of Insiders/Outsiders, a nationwide arts festival taking place from March 2019 to March 2020 to celebrate refugees from Nazi Europe and their contribution to British culture.