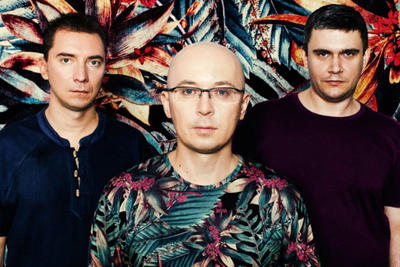 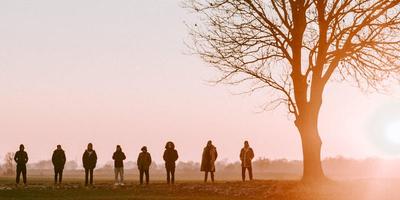 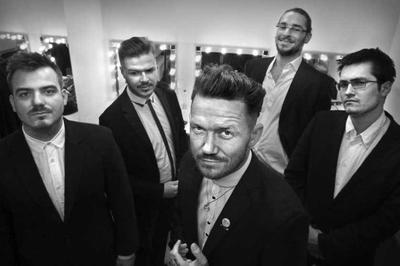 The EFG London Jazz Festival takes place annually in November and has long been acclaimed for showcasing a heady mix of talent from around the world. Widely acknowledged for delivering world-class artists and emerging stars, the Festival continues to take jazz to a massive audience, in one of UK's landmark music events.

Polish acts announced so far include:

The inspiring aesthetics and distinctive tone of several cultural landscapes that form the concept of European jazz receive a vast contribution from the Polish scene.
A star hailing from that scene, pianist Marcin Wasilewski’s delicate yet dynamic playing and melodic sound makes him one of the most defining voices of contemporary jazz offering a musical journey reflecting the emotions, the experience and the respect.

The concert is a double bill, with an opening set by a sextet playing arrangements by trombonist Nick Mills drawn from great Blue Note recordings by Art Blakey, Wayne Shorter and Freddie Hubbard.

In contrast, the second half starts with a taste of cross-cultural exchange – music from The European Quartet – the great collaboration between Jan Garbarek and Keith Jarrett.

The main part evening draws on the rich tradition of compositions by British based composers including Kenny Wheeler, John Taylor, Mike Westbrook and Mike Gibbs, plus contemporary works by members of Way out West including Pete Hurt and Kate Williams. New arrangements feature a variety of line-ups from duo to eleven piece.

Aga Zaryan is one of Poland's most highly regarded jazz vocalists, and was named Jazz Vocalist of the Year in Jazz Forum's annual readers' poll 2007 to 2013. Her albums have earned Gold and Multi-Platinum status and for this special appearance she will be presenting songs from her recent album High & Low which takes inspiration from R&B, Funk and Bossa Nova genres. Aga will be backed by a stellar quartet led by Michal Tokaj on Keys, David Doruzka on Guitars, Alan Wykpisz on Electric Bass and Perdro Segundo on Drums & Percussion.

Marcin Masecki is one of Poland’s most prolific and idiosyncratic musicians. Winner of many awards he performs extensively on all keyboard instruments, composes for film and theatre, produces festivals, records and curates musical events. His projects span a wide range of styles and his virtuosic fusion of different genres as well as the blurring of the line between high art and entertainment have become his hallmarks. Masecki writes for film and theatre. He was music arranger, composer and consultant in Paweł Pawlikowski‘s Cold War (Best Director at Cannes Film Festival 2018). He composed and performed songs for Agnieszka Holland’s new film Mr Jones. He wrote for Krzysztof Skonieczny’s HBO series Blinded by the lights and Netflix original series 1983. In this Hampstead Arts Festival / EFG London Jazz Festival solo recital, Marcin will improvise on a mix of Polish, American, German and Argentinian tunes from the 20’s and 30’s.

Wacław Zimpel and Jakub Ziołek, two of the most celebrated and prolific Polish artists of the younger generation. Their output consist of many albums recorded mostly in collaboration with other artists and with special projects, exploring jazz, post-minimalism, folk traditions and psychedelia. Zimpel and Ziołek’s combined efforts have been captured on a self-titled album for Instant Classic. It’s an oneiric fusion of genres fusing lush psychedelic music of electronic and acoustic origins. The album was second in The Quietus‘ Albums Of The Year 2017 list.

Wrocław's septet EABS pursues the tradition of the Polish school of jazz, while escaping various sound patterns, presenting a carefree and completely original approach to genres and established musical standards, as proven on their debut album.
This concert is part of Polish Jazz London Series.

Wojtek Mazolewski’s Quintet is the most influential jazz group to come out of Poland in decades. Vigorously combining tradition and modernity, the analog sound of the quintet harks back to the jazz masters (also reflecting the vibrant Polish jazz scene of the ‘60s and ‘70s), yet is infused with electronica and other contemporary influences, with echoes of Miles Davis, Eric Dolphy, Led Zeppelin, Red Hot Chilli Peppers, Nirvana and Aphex Twin.

Krzysztof and his quintet will perform a high-altitude evening of expressive jazz, previewing music from their forthcoming third album.

Polish-born Krzysztof Urbanski is a Multiple Award Winner Jazz Saxophonist and recommended by The Thelonious Monk Institute of Jazz.

In 2010 Krzysztof moved to England and started to work with some of the most innovative musicians in the UK founding his new Quintet, UrbanJazzSociety, including Sam Gardner, Sam Vicary, Martin Longhawn, Stuart McCallum. Together they create a fresh sound in Jazz using and incorporating elements of modern styles like Hip-hop, Urban and R&B.