A new play by David Greig, adapted from Stanisław Lem's novel and directed by Matthew Lutton 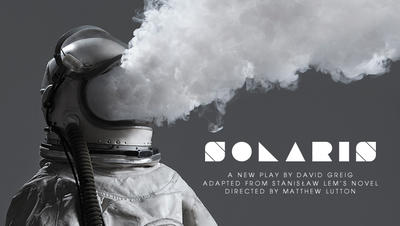 “We call them ‘visitors’… they seem to be formed by our dreams.”

Within hours of arriving on a space station in orbit around the mercurial planet Solaris, psychologist Kris is troubled by the evasive habits of her fellow scientists who each seem haunted by ghosts. It’s not long before she herself is confronted by the spectre of an old love.

At first these interactions are unnerving but soon they become addictive. Are these apparitions real or is the planet conjuring them to communicate with the spaceship’s crew? Soon the team’s research mission becomes derailed into psychological odysseys of their own.

Following Tarkovsky and Soderbergh’s cult films, Lyceum Artistic Director David Greig, brings Stanisław Lem’s classic sci-fi novel to the stage for the first time, joining with Director Matthew Lutton, of Melbourne’s Malthouse Theatre, to create a stylish space-scape for a story which explores the nature of love, loss and consciousness.