Series of events at the Wigmore Hall focusing on the works of Mieczysław Weinberg. 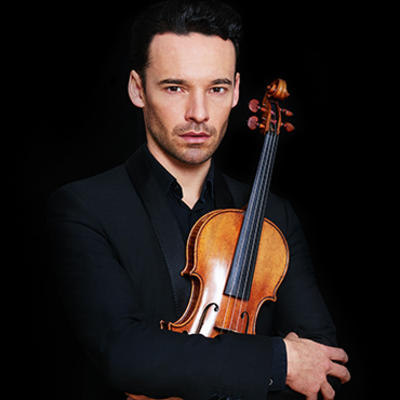 A composer whose reputation has steadily grown over the last few years, Mieczysław Weinberg faced considerable adversity yet managed to make significant contributions to many genres, notably the fields of instrumental music and song.

Throughout the day, the German violinist Linus Roth, who has become one of the composer’s leading advocates, champions his work. Daniel Elphick, who also launches his book before the evening concert, will introduce each event.

Weinberg Focus Day opens with a programme of music for violin and piano or violin alone:

Weinberg’s 1943 First Sonata for both instruments, his 1964 sonata for solo violin and his Largo, as well as Shostakovich’s sonata, in whose unofficial première in January 1969 Weinberg accompanied David Oistrakh.

The afternoon concert features a singer described by the Daily Telegraph as ‘a peaches and cream soprano with a secure coloratura technique’. The versatile Ilona Domnich sings Weinberg’s Jewish Songs (1944), settings of the Soviet Yiddish poet Shmuel Halkin, in between the Second Sonata for solo violin (1967) and the Fourth Sonata for violin and piano (1947).

Before the evening event Daniel Elphick will talk about his book, which examines how Weinberg's works written in Soviet-Russia compare with those of his Polish colleagues; how one composer split off from his national tradition and created a style that embraced the music of a new homeland, while those composers in his native land surged ahead in a more experimental vein. The points of contact between them are enlightening for both sides. The study provides an overview of Weinberg’s music through his String Quartets, analysing them alongside Polish composers. Composers featured include Bacewicz, Meyer, Lutoslawski, Panufnik, Penderecki, Górecki, and a younger generation, including Knapik and Szymanski.

Daniel Elphick is a musicologist and researcher writing on east-European music and music analysis. He has published articles on Shostakovich and music analysis and is a regular speaker at international conferences. Daniel has taught at Royal Holloway and Goldsmiths, as well as The University of Manchester.

Dating from 1943, Weinberg’s Piano Trio is a relatively early work but already shows a kinship with Shostakovich, who was to prove a source of friendship and support for the rest of his life: Weinberg played the piano in the 1967 première of the Alexander Blok Romances.