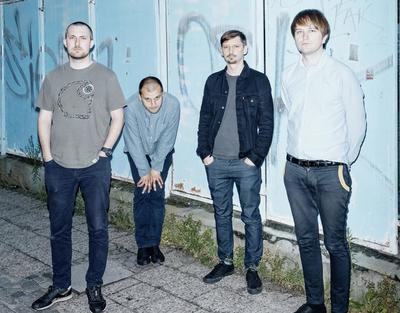 Straight out of Poland, Trupa Trupa is a real indie rock phenomenon recognized by critics and listeners around the world.

The band has been praised by music authorities such as Pitchfork, Clash Magazine or Newsweek USA and played by BBC Radio 6 and Iggy Pop on his radio show.

Their music is a psychedelic fusion of heavy guitar riffs and poetry, an intriguing mixture of fear and hope, where dark emotions blends with humour and grotesque.

"This is incredible work. The result is their first moment of true greatness"
-Tristan Bath, The Quietus

"I am loving the music of Trupa Trupa out of Poland"
-Stuart Maconi, BBC Radio 6 Music

Trupa Trupa made their first international appearance in 2015 with the album “Headache” published by a British label Blue Tapes and X-Ray Records. A year later, they signed to French Ici d'ailleurs, where they released a remastered version of “Headache” on vinyl.

In 2017, in cooperation with their British and French labels, the band recorded and put out “Jolly New Songs”, which was also published by the Japanese label Moorworks. In recent years, Trupa Trupa have toured extensively, playing at the SXSW, Primavera Sound, Iceland Airwaves, Colours of Ostrava, Waves Vienna, Eurosonic, Liverpool Sound City, to name just a few. In February, 2019 the band released a single "Dream about" via Sub Pop Records.

This winter Trupa Trupa will come to UK to perform a series of gigs. Prepare for a fascinating psychedelic experience!