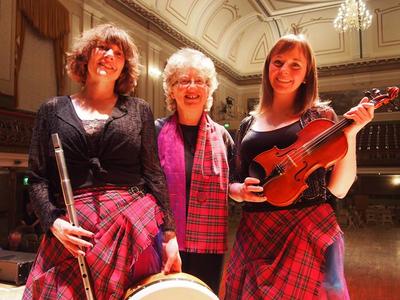 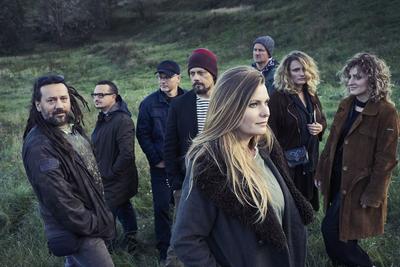 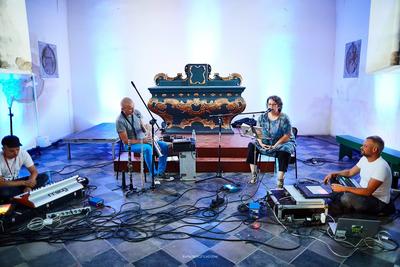 The fantastic festival celebrating Polish culture in the heart of Scotland is back for another year.

Find the full programme below:

Polish Scottish Song and Story Group, led by Janice Clark, and co-ordinated by the Elphinstone Institute at the University of Aberdeen, will be performing songs to celebrate the musical cultures of both countries.

Danse McCabre was formed in 2003 and soon established itself as one of the premier ceilidh bands of
the North-East, performing throughout Scotland and beyond, appearing in Norway, Poland, Slovenia and Holland. Famous for their pink kilts and lively style, this the all-female band plays an eclectic mix of rip-roaring Scottish music with, some Irish and European music thrown into the mix.

Jazz is the Art of the unexpected and unexpected is exactly what the listener will get while listening to this music. Although saxophonist / composer Irek Wojtczak, a native of the Baltic Tricity, has an established reputation on the contemporary Polish Jazz scene, he certainly does not allow anybody to conveniently put him and his music in a tight niche, which would characterize his music. Constantly developing, probing and expanding his milieu, which over time covered such diverse areas as mainstream Jazz, Jazz-World Fusion, Jazz-Rock Fusion and experimental Free Jazz, Wojtczak with his chameleonic ability to fit in any environment and to do it splendidly, is a superb example of a modern Jazz musician.

The music presented here is first and foremost an expression of individual freedom within the boundaries of a collective. The four musicians truly play together here, but at the same time allow each other a lot of individual space.

‘Powidok’ project, it is an result of the acquintance and collaboration of three musicians: Barbara Wilinska alias Marianna Moori (singer, voice coach, multi instrumentalist, calligrapher), Kamil Pater and Marek Karolczyk (both are members of ‘JAAA!’ band) who are supported by the sounds of Irek Wojtczak (saxophone and clarinet). Throughout their meetings, chats and playing together, they had found a common ground for the fusion of an unobvious archaic voice, classical instruments, traditional instruments ‘’unimportant ones’’ with electronic music. Barbara Wilinska  voice, backing vocals, dulcimer, ocarina and struck idiophone. Kamil Pater  electronic music and production. Marek Marek Karolczyk  electronic music and production. Irek Wojtczak  bass clarinet, flute and saxophones.

Warsaw Village Band formed in Warszawa, Poland in 1997. They describe what they do as ‘Modern music, played by modern people, inspired by tradition for this and future generations’. Their style is Rootsy, yet experimental, euphoric and haunting. The band has revived many musical traditions that were all but lost in their home country.

They play traditional instruments which are rarely heard in modern music; frame drums, the hurdy-gurdy, and the suka; a Polish folk fiddle from the 17th century stopped with the fingernails rather than the fingers. Many of the band’s vocals are sung in a loud and powerful style much like the ‘open-throated’ singing from Bulgaria. Biały głos (white voice) was used by shepherds in the Polish mountains enabling them to be heard over long distances.