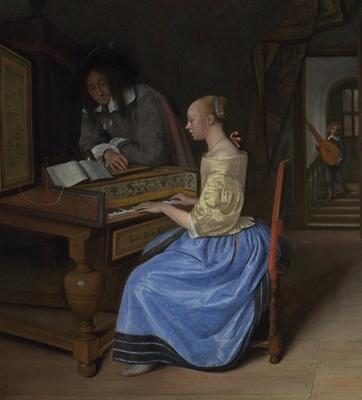 From the 16th to 18th centuries, harpsichords were at the centre of European culture - not just as musical instruments, but as works of art in their own right. Symbols of artistic inspiration, the grandest harpsichords had panels painted by leading artists including Jan Brueghal, Annibale Caracci and Sebastiano Ricci.

We're marking the recent acquisition of our own harpsichord, generously donated by The Matthiesen Foundation,with a solo performance by Katarzyna Kowalik, featuring music from various periods and European traditions.

Katarzyna Kowalik is a London based harpsichordist and early keyboard specialist of Polish origins. She completed her Master's in Historical Performance at the Guildhall School of Music and Drama in London (MPerf 2012) with Carole Cerasi, James Johnstone and Nicholas Parle, obtaining The City of London Corporation Award (2011) and Guildhall School Trust Award (2010). She was also awarded a Guildhall Artist Fellowship in both 2012 and 2013. Katarzyna has performed in many prestigious concert venues across London.