A poignant historical novel about loss and self-discovery set in 1988 and 2010 in Poland, Britain and the US 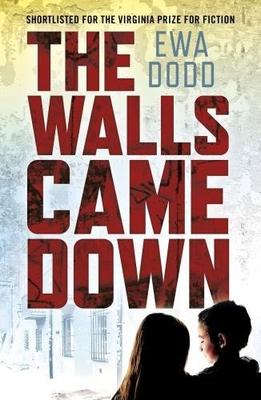 A young boy goes missing during a workers’ strike in 1980s Communist Poland, unravelling a chain of events which will touch people across decades and continents. Joanna, a young journalist in Warsaw, is still looking for her brother, who’s now been missing for over twenty years. Matt, a high-ﬂying London city ﬁnancier is struggling with relationship problems and unexplained panic attacks. And in Chicago, Tom, an old man, is slowly dying in a nursing home, losing his battle with cancer. What connects them? As the mystery begins to unravel, the worlds of the three protagonists are turned upside down. But can they ﬁnd each other before time runs out?

Fusing history with the contemporary, this missing child tale is immensely moving, heart wrenching even. It’s a gripping story of love and determination, with subtle political undertones that form the catalyst for the events that follow... It’s one thing to have an engrossing premise but quite another to execute it as competently as Ewa Dodd has done.
– The Nudge

a page-turner; an engaging and fast-paced story of a child disappearance that spans countries, systems and human frailties… a gripping debut novel that brings another author to the excellent company of Polish-English writers such as Anya Lipska and Anna Taborska dark horror storytelling.
– Katarzyna Zechenter, a poet, the author of In the Shadow of the Tree and a lecturer at UCL School of Slavonic and East European Studies.

a tense and moving tale of love and loss that grips the reader from start to finish. Shifting between contemporary London and Chicago and the Solidarity strikes of 1988, this compelling story shows us how a momentary act of selfishness can ruin several lives. It is also a reminder that the collapse of communism started not in Germany or in the Soviet Union but in the shipyards and mines of Poland, where the workers faced down a dictatorship that claimed to rule in their name, just as the people of Leipzig later would in 1989.
– Fiona Rintoul, journalist and author of the prize-winning The Leipzig Affair

Ewa Dodd is one of an exciting new generation of British-born authors of Polish descent. The daughter of a bookseller, Ewa has been writing since she was young – starting small with short self-illustrated books for children. More recently, she has delved into novel-writing, and is particularly interested in literature based in Poland, where she is originally from. The Walls Came Down is her second novel, for which she was shortlisted for the Virginia Prize for Fiction. She was also shortlisted for her first novel Leap. Ewa lives in Highbury, north London with her husband.