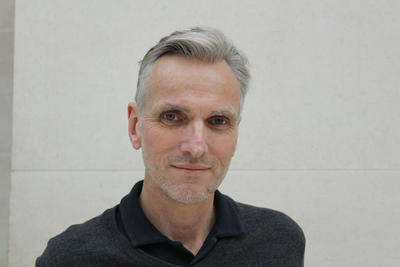 Using more than one language helps us to understand other people, and also to understand ourselves better. It matters more than ever, argues Marek Kohn in his new book Four Words For Friend, but it often isn’t easy. People may find it difficult to learn languages, or to hang on to ones that they have learned. When their family languages are minority tongues, they may feel under pressure to abandon them. They may encounter hostility for speaking ‘foreign’ languages in public. And then there’s the fundamental problem of languages: that they’re designed to prevent communication as well as to enable it.

Facing up to the challenges, Kohn explores how we can make the most of our languages. He looks at how languages affect our brains, our perceptions, our relationships with other people, and our senses of who we are. At Ognisko Polskie he will be in conversation with cultural journalist Maya Jaggi, whose knowledge of literature and culture spans the globe.

Marek Kohn is the uthor of seven books and hundreds of articles. His writing has appeared in The Independent, New Scientist, Prospect, Financial Times, and The Guardian, and he writes frequently for the New Statesman. He has written about scientific thinking and its implications for society, the possible future effects of climate change on Britain's landscape and society, the evolutionary psychology of trust, and Poles in British society. Kohn's book A Reason for Everything (2004) received widespread praise. Steve Jones said in his Nature review that "every evolutionist should read it". Andrew Brown described Kohn in his Guardian review as "one of the best science writers we have". The son of a Polish father and a British mother, Marek Kohn draws heavily in his new book on his experience of losing his first language, Polish, and his efforts to recover it.

Maya Jaggi is ‘one of Britain’s most respected arts journalists’, according to the UK’s Open University, which awarded her an honorary doctorate in 2012 for ‘extending the map of international writing’. A global cultural journalist, writer, critic and cultural consultant, she is a contributing art critic for the Financial Times and writes for the New York Review of Books, following 15 years as a profile writer and fiction critic for the Guardian Review. Educated at Oxford University and the London School of Economics, she has been a DAAD Arts and Media fellow in Berlin, an EU senior expert in cultural journalism in post-Soviet eastern Europe, and Artistic Director of Where Europe Meets Asia: Georgia25, the UK’s first festival of contemporary Georgian writers and film. Among the literary awards she has co-judged are the Man Asian Literature prize in Hong Kong (as chair) and the €100,000 International Dublin Impac prize. Twitter: @MayaJaggi

Four Words For Friend: Why Using More Than One Language Matters Now More Than Ever is published by Yale University Press. David Crystal, editor of the Cambridge Encyclopedia of Language, has called it ‘a breathtaking achievement’.