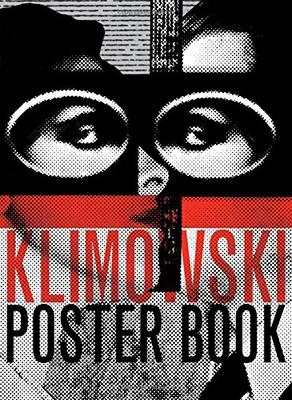 Harold Pinter said of the graphic artist Andrzej Klimowski, "He leads the field by a very long furlong, out on his own, making his own weather. He is Klimowski, unafraid."

In the mid-1970s, Klimowski's fearlessly original artwork caught the eye of leading Polish theatre and film companies, for whom he designed some of the period's most influential and iconic posters. The London-born artist, who moved to Poland at a time when many East Europeans dreamed of going West, went on to create posters for works by filmmakers and playwrights from Scorsese to Altman, Beckett to Brecht.

Drawing on folk art, Polish Surrealism and the work of his mentor at the Warsaw Academy, Henryk Tomaszewski, Klimowski uses techniques including photomontage and linocut to create posters that are filled with metaphor, drama and originality. The Klimowski Poster Book compiles the best of his Polish work, while also tracing his career after his return to London, where he remains Emeritus Professor of Illustration at the Royal College of Art.

Andrzej Klimowski studied at Saint Martin’s School of Art in London and at the Warsaw Academy of Fine Arts. He has designed posters for theatres and film distributors in Poland, and book covers and illustrations for publishers in the UK. He collaborated with Danusia Schejbal on graphic novel adaptations of The Master and Margarita and Dr. Jekyll and Mr. Hyde, published by SelfMadeHero. His own graphic novels include The Depository, The Secret and Horace Dorlan. Klimowski is Emeritus Professor of Illustration at the Royal College of Art in London.