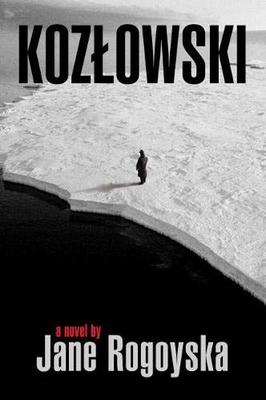 In this heartbreaking novel, Jane Rogoyska writes with tragic power about one of the last century's foulest crimes - Stalin's mass murder of his Polish prisoners in 1940.
– Neal Ascherson

From acclaimed biographer and filmmaker Jane Rogoyska, Kozłowski: a new novel that explores the tragedy of the Katyń Massacre and the pain of post-war Polish exile.

Kozłowski (Holland House Books, May 2019) tells the story of a young Polish army doctor whose life is changed forever by a single, mysterious event: the disappearance, in April 1940, of 4,000 of his comrades from a Soviet interrogation camp in Starobelsk, Ukraine.  Exiled in post-war London, Kozłowski builds a new life, working to convince himself that the past cannot affect him. In reality, the past is the only place he longs to be. As the silence surrounding his lost comrades deepens, his attempts to submerge his feelings threaten to destroy him.  A novel about loss, memory and guilt, written in sparse and elegant prose.

In this event, author and critic Boyd Tonkin will discuss with Jane Rogoyska the challenges and rewards of writing fiction that is based on real events. They will explore the aftermath of Poland’s wartime experience in culture, history and memory, the dilemmas of identity and belonging that arise for the children of exiles and émigrés, and the power of the myths that try to make sense of a troubled past.


Educated at Cambridge University, writer and filmmaker Jane Rogoyska studied film in Leeds and Poland, going on to make a series of award-winning short films and working extensively as writer and director. She is the author of the acclaimed biography of the German photojournalist Gerda Taro, who died while reporting on the Spanish Civil War. Gerda Taro: Inventing Robert Capa (Jonathan Cape 2013) is now in development as a feature film based on her own script. Jane continues to work across different media on creative projects in film, theatre and radio including, in 2018, writing and presenting Still Here: a Polish Odyssey for BBC Radio 4, a documentary about Polish deportees to the USSR who settled in the UK after World War II.

My grandfather was a Polish journalist, economist and civil servant who, at the outbreak of the Second World War, was Deputy Director of the Bank of Poland. He had also been, in his youth, a member of the Polish intelligence services and had fought for Polish independence with Marshal Piłsudski.

My father’s early memories of fleeing Warsaw with his parents on a specially commissioned government train (along with a large part of the government gold supply hidden under the floorboards) has always exerted a powerful fascination for me. That journey marks a transition: not just the moment when my father’s destiny changed irrevocably but the point at which the sophisticated, cosmopolitan, multicultural Poland of the 1930s, to which my grandfather and the protagonists of this book belonged, came to an abrupt end.

My mother is English and I was brought up speaking only English at home, travelling to Poland as a student in 1990 just as the brutal legacy of the Second World War, including the Katyń Massacre, was being discussed openly for the first time. My fascination with war, politics, espionage, exile and memory has its roots in my family background and in that first encounter with a freshly post-communist country, grappling with its past.

In an unexpected irony, when researching Kozłowski I discovered that my great-uncle, Ludwik Rynkowski, was among those murdered at Katyń.


Boyd Tonkin is an author, journalist and critic, and Special Adviser to the Man Booker International Prize (which he chaired in 2016). He writes on books and arts for international media including The Economist, The Financial Times, the TLS, New Scientist and The Spectator, and broadcasts for BBC Radio arts programmes. Praised by Ian McEwan as “a brilliant and extremely useful guide” and by Victoria Hislop as “a towering achievement”, his reader’s guide to global fiction, The Hundred Best Novels in Translation, was published in 2018. Boyd was previously Literary Editor and then Senior Writer at The Independent. He is a Trustee of the Orwell Foundation, contributing editor for theartsdesk.com, and an editorial adviser to the journal Critical Muslim.

Organised by the Polish Cultural Institute in London in collaboration with Ognisko Polskie – The Polish Hearth Club and Holland House Books.