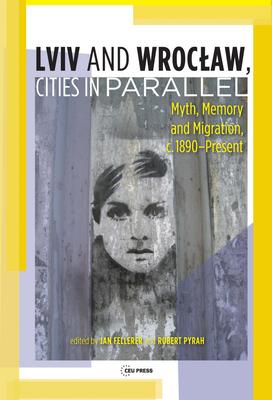 Lviv and Wrocław, Cities in Parallel?

After World War II, Europe witnessed the massive redrawing of national borders and the efforts to make the population fit those new borders. As a consequence of these forced changes, both Lviv and Wrocław went through cataclysmic changes in population and culture.

Assertively Polish prewar Lwów became Soviet Lvov, and then, after 1991, it became assertively Ukrainian Lviv. Breslau, the third largest city in Germany before 1945, was in turn "recovered" by communist Poland as Wrocław. Practically the entire population of Breslau was replaced, and Lwów's demography too was dramatically restructured: many Polish inhabitants migrated to Wrocław and most Jews perished or went into exile. The forced migration of these groups incorporated new myths and the construction of official memory projects.

The chapters in this edited book compare the two cities by focusing on lived experiences and "bottom-up" historical processes. Their sources and methods are those of micro-history and include oral testimonies, memoirs, direct observation and questionnaires, examples of popular culture, and media pieces. The essays explore many manifestations of the two sides of the same coin—loss on the one hand, gain on the other—in two cities that, as a result of the political reality of the time, are complementary.