a video from the unforgettable concert for Poland's cenetenary 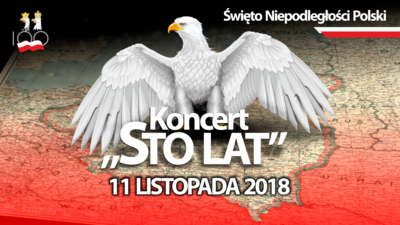 Janusz Sikora-Sikorski and his committe has organised last year this unique concert which celebrated the Centenary, with some of the most poignant and well known Polish songs and music of the period. Poland’s finest artists performed not only their iconic contemporary songs but also songs from the ‘Solidarity’ era.

There was music by Chopin, Paderewski, Górecki and Richard Addinsell’s Warsaw Concerto, The Silesian Polytechnic Choir was joined by UK based Polish choirs to sing a medley of Poland’s finest war-time compositions – including the iconic Red Poppies on Monte Cassino. Choirs representing Polish Saturday Schools and the Scouting Movement also contributed their youthful accent to the evening’s celebration.