Exhibition of sculpture and drawings by Magdalena Abakanowicz at the Marlborough Gallery. 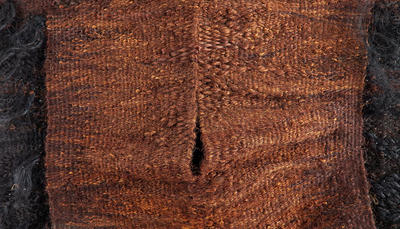 Spanning 40 years across a wide variety of material, the show stands as testament to a towering figure of 20th century art. It is the artist’s first exhibition in London since 2003.

A relentless innovator, Abakanowicz’s alchemical transformations of humble materials like rope, burlap, stone and sisal into monumental, moving expressions of power, loss, violence and healing bespeak both her resourcefulness and ambition. Working in these mediums, which were often all that were available in Soviet-controlled Poland and at the time pejoratively associated with craft, the artist claimed a transformative power inherent in the feminine. It courses through these works and transcends physicality.

Next year, Magdalena Abakanowicz will be honored by a major exhibition at the Tate Modern in London opening June 17 and on view until September 13, 2020. Her work is also currently featured in the new Museum of Modern Art, New York’s Taking a Thread for a Walk exhibition, on view in The Philip Johnson Galleries until Spring 2020 as part of the museum’s celebratory Opening Season, Fall 2019 program. Magdalena Abakanowicz’s work is included in numerous, prominent public and private collections around the world.