…play music of Namysłowski and Komeda at Jazz Café POSK. 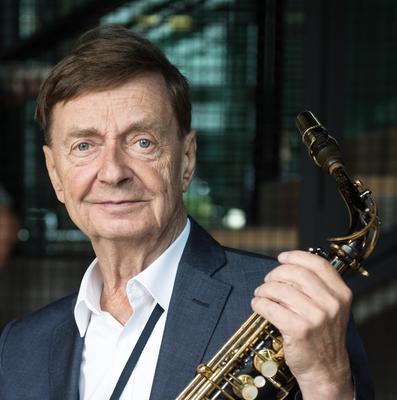 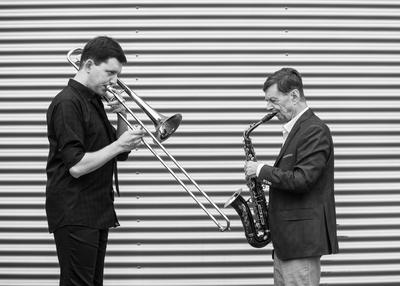 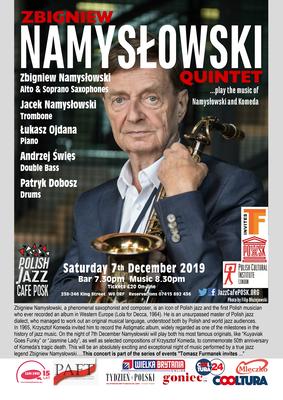 Zbigniew Namysłowski, a phenomenal saxophonist and composer, is an icon of Polish jazz and the first Polish musician who ever recorded an album in the Western Europe (Lola for Decca, 1964). He is an unsurpassed master of Polish jazz dialect, who managed to work out an original musical language, understood both by Polish and world jazz audiences.

In 1965, Krzysztof Komeda invited him to record the Astigmatic album, widely regarded as one of the milestones in the history of jazz music. On the night of 7th December at Jazz Café POSK Namysłowski will play both his most famous originals, like “Kuyaviak Goes Funky” or “Jasmine Lady”- just to name a few, as well as selected compositions of Krzysztof Komeda, to commemorate 50th anniversary of Komeda's tragic death – this will include an extremely rare opportunity to hear live a couple of tracks from legendary “Astigmatic” album.

Zbigniew Namysłowski recorded nearly 30 original records, of which many were published abroad. Albums such as “Winobranie” (1973) and “Kuyaviak Goes Funky (1975) became a huge jazz hits in Poland and were voted one of the best records of all times in Polish jazz. In 1980 he recorded the first album his funk jazz Air Condition band: “Follow Your Kite”. The band was hugely popular, performing a lot in Poland and Europe.

Constantly - from the beginning of his career to the present day - Zbigniew Namysłowski stays at the forefront of the most outstanding Polish jazz musicians, he is a laureate of many Fryderyk music awards, and in 2014 and 2015 he was awarded the title of the alto saxophonist of the year in the Jazz Top poll of the Jazz Forum monthly.

Saturaday the 7th of December at Jazz Café POSK will be an absolutely exciting and exceptional night of music performed by a true jazz legend Zbigniew Namysłowski and his quintet!

"When I first visited Poland, I was quite unprepared to hear Polish musicians at so high level. Namysłowski was clearly the best. International voting has proved that audiences in Europe recognize the best Polish musician as among the best anywhere in the world. He honors 3 traditions, of jazz, of Polish, of himself. Anyone who misses Namysłowski is missing a unique source of creativity in 20th century. Namysłowski is a giant!"