Judges announced and open for submissions 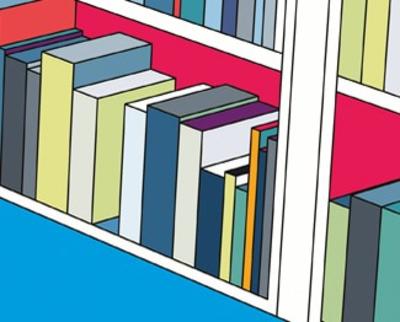 The European Bank for Reconstruction and Development, the EBRD, announced the launch of the EBRD Literature Prize 2020, in partnership with the British Council.

The Prize reflects and recognises the rich cultures and creativity of the region where the Bank works - a region that stretches from central Europe to central Asia as well as the southern and eastern Mediterranean and northern Africa.

The EBRD Literature Prize 2020 will be awarded to both writer and translator for the best work of literary fiction translated into English and originally written in any language of the EBRD’s countries of operations and published by a UK publisher.

Now in its third year, the EBRD Literature Prize has gained increasing recognition and visibility amongst the media, the publishing industry and the reading public. It not only rewards the writer who brings stories from these diverse countries to life, but just as importantly, the Prize acknowledges the vital role that the translator plays in making these stories accessible to English-speaking audiences.  The first prize, worth €20,000, will be equally divided between the winning author and translator. Two runners-up and their translators will receive a prize of €1,000 each.

Chaired for the third year by Rosie Goldsmith, journalist and Director of the European Literature Network, the independent panel of judges consists of:

Boyd Tonkin, writer, journalist and critic; chair of the judging panel of the Man Booker International Prize 2016 and founder of the Independent Foreign Fiction Prize.

Thomas de Waal, senior fellow with Carnegie Europe, specialising in Eastern Europe and the Caucasus; author of numerous publications about the region.

Submissions for the EBRD Literature Prize 2020 may only be made by UK-based publishers for books translated into English for the first time in the period between 15 November 2018 and 15 November 2019.  Books for consideration must be works of literary fiction written originally in any language – whether an official or minority language – from any country where the EBRD invests and they must be translated into English.

The books must be written by an author who is, or has been, a citizen of an EBRD country of operations. The submission deadline is Tuesday, 1 October 2019.

The shortlist will be announced in January 2020, followed by the announcement of the three finalists in March 2020. All three sets of finalists - the writers and translators - will be invited to participate in an awards ceremony at EBRD Headquarters in London, as well as related events in the UK, in April 2020.