The National Centre for Writing is seeking from translators into English for the 2019 NCW Emerging Translator Mentorship programme mentored by Antonia Lloyd-Jones for Polish language. Apply now! 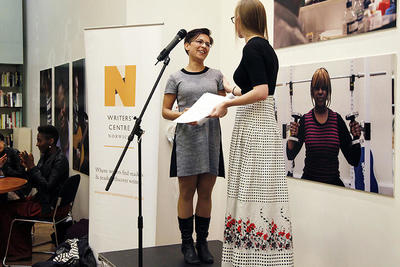 Founded by Daniel Hahn in 2010, the Emerging Translator Mentorship programme aims to develop successive new cohorts of literary translators into English, particularly for languages whose literature is currently under-represented in English translation.

The scheme matches up experienced translators with emerging translators for a six-month period during which they work together on practical translation projects, developing their craft through working on a chosen text or texts.

Mentees receive a £500 bursary and reasonable travel expenses associated with the mentorship, which varies according to the relative geographical locations of the mentoring pair. The mentorship will include a residential weekend as well as access to various (UK) industry events such as International Translation Day and London Book Fair. Samples of mentees’ work will also be published in an anthology.

The mentoring period lasts for six months, from October 2019 to March 2020, during which the mentoring pair will meet at least four times.

Applications should be emailed to translation@nationalcentreforwriting.org.uk and queries addressed FAO Sarah Bower at the same address.

Successful applicants will be informed by the Thursday 12 September and will be announced publicly at International Translation Day, taking place at Free Word, London on Monday 30 September.

Your application should include:

1. A covering letter stating why you believe you would benefit from a mentorship

4. A sample translation of up to 2,000 words of prose or up to 100 lines poetry or dramatic text along with the corresponding source text