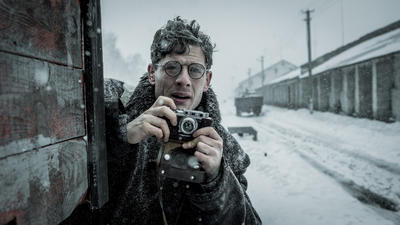 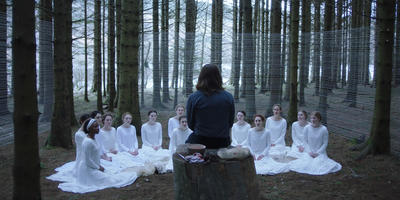 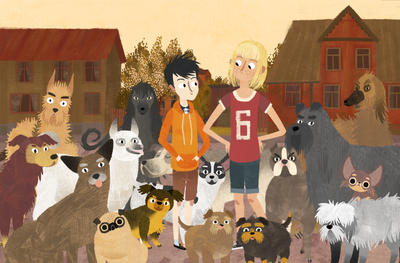 The BFI London Film Festival is one of the capital's most important annual film festivals.

This year you will have a chance to watch two Polish productions: 'Mr. Jones' and 'Jacob, Mimmi and the Talking Dogs', as well as 'The Other Lamb' directed by Malgorzata Szumowska and nominated for the Best Film Award.

Agnieszka Holland’s latest film introduces us to the world of foreign journalists in Moscow during the 1930s. There’s Walter Duranty (Peter Sarsgaard), chief correspondent for the New York Times and controversial apologist for Stalin’s policies, and Gareth Jones (a superb James Norton), whose short career had already seen him advise Prime Minister David Lloyd George. He became one of the few journalists of his time to expose Stalin’s despotic nature. As scripted by Orwell authority Andrea Chalupa, the film throws startling and horrific light on Stalin’s brutal treatment of the agrarian class. Holland, whose career has flourished in both cinema and television, directs with real passion and commitment. And Jones’ struggle to reveal unpalatable truths to a world unwilling to confront an inconvenient political reality has uncomfortable contemporary parallels.

Selah was born into The Flock, a community of women and girls ruled over by Shepherd, the only male, and a seemingly benevolent but undisputed leader of the strictly regimented and isolated woodland settlement. Selah appears the most perfect of the faithful flock, until unsettling revelations see her devotion shaken. Already so impressive in The Killing of a Sacred Deer and Vox Lux, Raffey Cassidy is spectacular as Saleh, conveying bewilderment and terror, but also fierce defiance. Alongside her, Michiel Huisman (Game of Thrones) makes a messianic, unnerving Shepherd, while Denise Gough represents the danger of a woman with worldly wisdom. With The Other Lamb, the gifted Szumowska offers an eerie ethereal vision that compellingly recalls a range of references, from David Koresh’s Waco, Texas cult to Margaret Atwood’s dystopian science fiction. Working here from Catherine S McMullen’s excellent script, Szumowska returns to some themes present in previous work, with its disquieting examination of faith, compliance and the roles that gender and community play in enforcing cultural norms. As the film shows, a lack of devotion and conformity really can be a hazard to one’s health.

Jacob, Mimmi and the Talking Dogs

When his father goes away, Jacob is sent to stay with his cousin Mimmi in a suburb of Riga. Mimmi wants to disrupt plans to build in the local park, a development that will cause the loss of trees and adversely affect the community. She recruits Jacob to assist her. On encountering a group of local dogs, Jacob is surprised when they speak to him and he decides to enlist them in battling the local construction works. But things don’t quite go as planned. This lovely, unconventional Latvian-Polish animation has heaps of charm and offers an inspiring look at how we can work together, particularly to protect the environment.