On The Road...Through Poland with Richard Greenhill 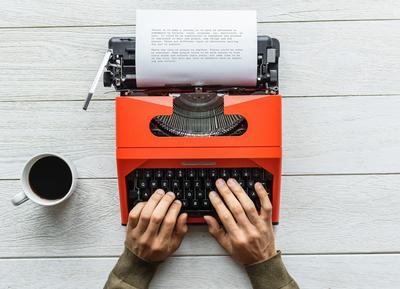 My name is Richard Greenhill and I’m a 29-year-old Londoner who has developed a deep admiration for Polish culture. To the surprise of Poles and Brits alike, I have no Polish family, roots or meaningful connections. In typical 21st century European style, my Polish story started with a budget airline flight. I had almost no knowledge of Poland prior to my first visit and was motivated solely by the prospect of a penny-pinching weekend away. Sure, I’d had some brief chats with my university friend Kasia about her Polish parents. I’d even shared a couple of shots of Żubrówka bison grass vodka with my local half-Polish mate Gustav. And like most urban Brits, I was aware of the ubiquity of the polski sklep, without ever having been in one. But did I know anything of substance about Poland or its culture? Absolutely not.

Truth be told, when my flight first touched down at Warsaw Modlin airport, I was still struggling to shrug off Western stereotypes of the former Soviet sphere of influence. It’s almost 30 years since Poland became the first satellite state to gain independence from one-party communism, yet a Cold War hangover still exists in the West. I had my ideas of bitter Eastern Bloc greyness and depression. These apprehensions proved to be ill-founded once I arrived at my apartment in Praga, to the east of Warsaw’s centre. Yes, I walked past the city’s largest communist-era housing estate to get to the flat, but it’s not so different from the remnants of the UK’s own social housing projects. And although there was an undeniable extensive palette of grey on display, I was pleasantly surprised by the regular interruption of colourful street art murals.

Over that fateful Easter weekend, I was teased by Poland’s rich cultural tapestry. I saw a grand Orthodox church rivalled by an even grander Catholic cathedral, neither of which could compare with the striking scale of the ever-present communist Palace of Culture and Science. I visited a majestic yet melancholic museum and learnt about the Warsaw Uprising, an act of resistance that ended with the Nazi destruction of the whole of Warsaw. I picked up a film recommendation for Sexmission (1983), a Polish classic from the film genre you didn’t know existed – communist allegorical comedy. And as it was Easter weekend, I found out first-hand about the delightful tradition of dousing each other with water on Easter Monday.

Warsaw gave me an enticing taste of Polish culture and I knew that I wanted to discover more. Since my initial trip to Poland, I’ve returned on numerous occasions. I’ve travelled all the way from Katowice in the southern industrial heartlands, to Poland’s largest domestic film festival in Gdynia, a northern coastal enclave. I’ve spent lazy afternoons walking through the green parks of Wrocław and stopped off in Łódz, the home of Poland’s textile industry and national film school. Naturally, I had to return to where it all began and spend time living in Warsaw, where I experienced trademark Polish hospitality in its most metropolitan city.

In its early history, Poland existed for almost 800 years as a tolerant, diverse and independent kingdom (known as the Polish-Lithuanian Commonwealth between 1569–1795). In 1795, the country was partitioned and split between the Prussian, Austro-Hungarian and Russian empires. Poland ceased to exist for 123 years. The country gained independence again in 1918 and entered a twenty-year period of interwar prosperity, dynamic development and rich cultural life. This was short-lived and the year 1939 beckoned various military occupations, culminating in large-scale destruction at the end of the Second World War and Soviet domination that lasted until 1989. Nonetheless, a distinct modern culture persists across the country.

Throughout 2018 – the anniversary of Polish independence - I’ll be writing monthly posts on what I love about Poland and its culture. Whether it’s pierogi or pączki, Andrzej Wajda or Agnieszka Smoczyńska, disco polo or Polskie Nagrania, I’ll be running you through the best of Polish food, cinema, music and beyond.

March marks the annual Kinoteka Polish Film Festival in London and is the perfect occasion to have a look at the five best Kinoteka films and events across the past few years. By April we’ll be in full spring swing and I’ll run you through the four best Polish museum experiences and share the highlights of the 16th Kinoteka Film Festival for those who missed it. As May settles, I’ll sketch out my affection for communist-era Polish jazz with a profile of the jazz pianist Krzysztof Komeda, who fell from a cliff and died after a drunken argument with his writer buddy Marek Hłasko (Poland’s answer to the Beat Generation). June is another month of film fun with my quick summary of 100 years of Polish cinema. July is all about sun and style, so I’ll be showcasing the blend of fashion and tradition from contemporary Polish designers. August is the perfect time for a relaxing read, matched by a list of my favourite Polish novels. As autumn approaches in September, I’ll explain how Poland is embracing vegetarian cuisine. It’s still warm enough to do some urban exploring in October and my Warsaw street art guide should aid you on your adventures. November is a return to one of my early Polish loves, the avant-garde beauty of Polish film posters. And everyone knows that December is all about eating, which means that it’s time to learn about the culinary delights at Polish Christmas dinner.

The Polish film director Krzysztof Kieślowski once claimed that “if culture is capable of anything, then it is finding that which unites us all.” More than anything, our celebration of 100 years of Polish independence is a celebration of the country’s cultural creativity and connectedness. Until next time, do zobaczenia!